You are here: Home / Life / The Drawbacks of Dating an Expat — Part 1: Spanglish & Complaints
Spread the love 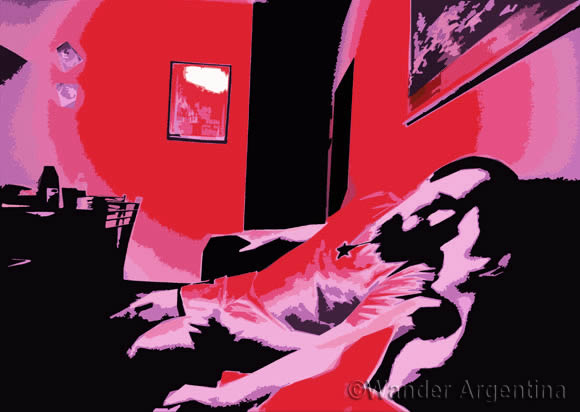 For Argentines, going out with an expat is a fine way to get that holiday feeling without leaving home, to inject a taste of the exotic into daily life and see Argentina through a foreigner’s eyes.

It can also help locals brush-up on their English – or other second language – and  if the Argentine  plays their cards right, it could lead to a trip abroad.

But it can’t all be easy sailing, problems arise when cultural differences lead to misunderstandings, and when couples begin to realize they are unfamiliar with far more than just their partner’s mother tongue.

Just as there are common pitfalls for expats dating Argentines, locals who court foriegners are faced with their own maddening challenges. Beware — sweeping generalizations to follow.

They say they can speak Spanish, but after several years of living in Argentina many expats still can’t roll their ‘r’s and frequently refer to themselves as the wrong gender.  Their accent makes passerbys cringe, and as they misuse Argentine slang — or even pronounce words with a Spanish-from-Spain lisp — their partners feel their ears burning. There are several problems associated with the expat’s language ability.

Going out with an foreigner should be a one-way ticket to language fluency but Argentines who want to practice their English may find themselves stuck in a language-duel with their partner, with both partners wrangling for language dominance. This would be bearable if each was battling to speak their own tongue, but as the Argentine desperately tries out their English phrasal verbs on their partner, the expat is concerned with whether they used the Spanish subjunctive right. They didn’t.

It doesn’t take long to tire of being someone’s personal dictionary and this gets worse when partners insist on asking language questions at inopportune moments. Proclaiming undying love to someone, only to be asked to repeat the sentence as the recipient furiously scribbles down the sentiment for future study, tends to ruin the moment.

Problem Tres: Which Language are We Speaking?

Expats who have lived in Argentina for a while also become incapable of speaking just one language. Their English becomes littered with Spanish words, and gaps in their Spanish are filled in with the English equivalent. This may be acceptable if the couple are both bilingual but when the expat expects everyone around them to understand their warped form of Spanglish, things get complicated.

Couples who begin their relationship in one language may also find it difficult to switch to the other later on.  Expats may blame their partner if their language skills aren’t up to scratch, and Argentines should watch out they don’t neglect dictionary duty and get blamed for their partner’s stunted language progress.

Complaints – My Country’s Better than Yours

Ask an expat what they think of Argentina and they will probably say they like it, they have chosen to live here after all. But as they continue to compare everything with their own country, which according to them beats Argentina at pretty much everything, bewildered partners may begin to wonder why their expat hasn’t gone home yet.

Foreigners can be particularly mocking of what they call inefficient and complicated bureaucracy and often act as if their partner is responsible for all their daily inconveniences. When they start an angry tirade about the fact they’ve just had to wait in five different lines for several hours to get a piece of paper they think is pointless, Argentineans may wonder why it is their fault.

Reminding expats that all Argentines have to go through this kind of thing does nothing to appease the complainer who starts to talk about how things are ‘back home’ once again.

Expats can also be experts in hypocrisy, they are outraged they can no longer buy dollars, yet happy to sell theirs on the black market. They are up in arms about the lack of recycling, yet make no effort to recycle themselves. The main problem with foreigners from the ‘developed’ world, is that they think that ‘first world’ policies can fix ‘third world’ problems. If the sidewalks are broken, why doesn’t somebody fix them? While they’re at it, they can clean up all that dog poop!

The scope of their complaints is almost impressive, they moan about the transport, the traffic and are particularly discerning about the food, forcing their partners to scour the city in search of strange substances like peanut butter, or making them curries so hot their eyes water. The Argentine wonders what was so wrong with ordering pizza as they suggested.

Newly arrived expats also have a misguided faith in authority figures, believing that if they get robbed, going to the police might actually help them. In other words, they are deluded.  These qualities may be endearing to some Argentines, who like to see that somewhere in the world, people believe that things can be fixed, but no one likes a moaner.

Argentines who do make it to their lover´s home country, should seek revenge by complaining constantly and blaming their partner for their discomfort.