You are here: Home / Study / Learning Spanish: How to Roll your ‘R’s
Spread the love 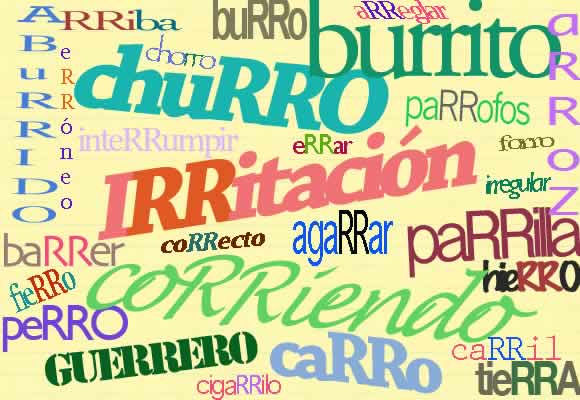 The trill of the Spanish double ‘r’ may come naturally to you if you tried to imitate the purring of your pet cat or played with a lot of toy cars while making awesome sound effects as a kid.

The double ‘rr’ in Spanish for those who can’t grasp it though presents an equally mystifying challenge as the English ‘th’ sound for some native Spanish speakers.

The problem is that sounds that aren’t produced in your native language can be hard, if not impossible, to learn once you are an adult. The ‘rr’ is usually the last sound a Spanish-speaking child learns to produce. A native Spanish speaker who can’t produce this sound is considered to have an official articulation disorder and they will often strategically dodge saying any word with a rolling ‘r’.

In order not to sound like a major gringo though it helps if you can master the double ‘rr’ and you also won’t have to artfully avoid saying very important words such as burrito or churro in every conversation.

And what if every time you want to say perro (dog) you’re inability to say the double ‘r’ means you end up saying the conjunction, pero (but) instead? That can make for some strange sentences that may leave your confused listener saying, “..pero ¿Qué?” – (but, what?).

If you can’t trill your ‘r’ when first learning Spanish you may still be able to learn it if you dedicate the time and effort. It may take a few days of becoming obsessed with the double ‘r’ sound and practicing it all day long – in the shower, while washing the dishes, while out with friends (without condoning drinking, having a drink has been known to help you to relax and produce the sound).

Tricks to put the trill in your R’s

First, to learn the double ‘r,’ forget about the letter ‘r’. The movement you make with your mouth to produce the rhotacism ‘rr’ has nothing to do with the articulation of the single letter ‘r’.

It’s useful to view the digraph ‘rr’ (‘erre’ in Spanish) as a completely different sound altogether, along with the two other digraphs that have long been removed from the Spanish alphabet, ‘ll’ and ‘ch.’

For a single ‘r,’ when it appears at the start of a word, the tongue touches the roof at the back of the mouth. For a double ‘r’ the tip of the tongue should touch the palate and flap rapidly on the exhale, to create the trill sound. It’s the same concept as when you vibrate your lips to indicate it’s cold — “Brrr,” but you do it with your tongue.

The placement of the tongue to make a ‘tr’ sound is the correct spot for creating the ‘rr’ sound, just change that ‘t’ to the rolling ‘r’ like a purring kitten and you’re on your way.

Try saying ‘put it away’ or “putter-up” as quick as you can, repeatedly. This phrase puts your tongue in the exact position it should go to trill an ‘r’. Then try to loosen the tip of your tongue so it flaps and kind of growl while you say it.

Learning how to roll your ‘r’ is like learning to ride a bike — it sounds a bit complicated at first, but once you got it, you’ve got it.

One you’ve mastered your ‘rr’ you can practice this popular trabalenguas (tongue twister):