You are here: Home / Life / The Pitfalls of Dating an Argentine — Part 2: Chamuyeros, Histericos & Therapy
Spread the love 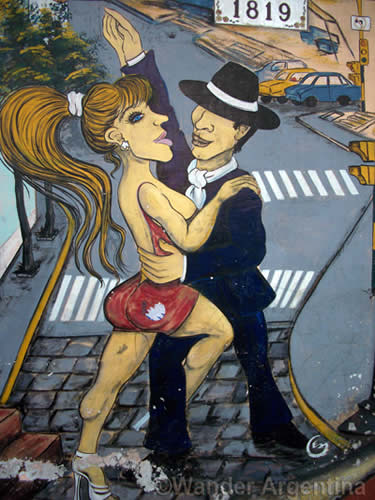 The local men and women in Argentina win the hearts of many an expat. Some experience passionate affairs, others end up getting married to a local, but the worst off end up broken-hearted and bruised.

Smooth-talkers, ludicrous games and fits of jealousy are just some of the problems foreigners face in Argentina when getting it on with the locals. These traits are fairly easy to spot and include the following:

Chamuyeros are the nemesis of many expat girls who are blown over by their good looks, sweet smiles and penchant for smooth-talking. These men live la vida criolla, which basically means that lying is perfectly acceptable and even better if it allows you to get into a woman’s pants.

Many a foreign girl has gone to bed with a man who promises the world and delivers nothing, except perhaps a booty call two weeks later at 5 a.m.

Those who learn the signs of a chamuyero, can take them for what they are – beautiful liars and enjoy the ride. Girls who swallow their lover’s lines and become convinced their man is ‘different from all the rest’, may be on their way to heartbreak hotel, which certainly ain’t no telo.

Here’s your guide to understanding chamuyo:

Histericos, the Art of Hysteria in Argentina

Histericos, or hysterical men and women have all or a combination of the following characteristics:

Histericos have an uncanny knack to create problems, dramas and fights out of absolutely nothing. Their dramatic behavior would be unacceptable in other parts of the world and can usually be blamed on an intoxicating mix of Mexican soap operas on TV and a culture that embraces fits of emotion as readily as it accepts cat calls on the street (i.e. without much of a fight). 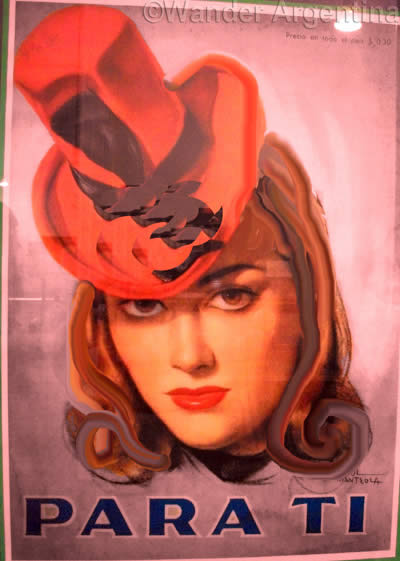 Jealousy is a major trait of the histerico and can strike at any moment. Two strangers might exchange an innocent glance in a bar and before they know it their jealous partners are storming across the room in pursuit of an argument.

A guilty until proven innocent approach is usually adopted and jealous lovers may regularly check each other’s telephone messages for  suspicious activity. Of course, not permitting full phone and computer access only proves guilt in the green-eyes of the accuser.

To combat this one should avoid any situation where anyone except their partner might possibly be looking, talking or communicating with them. In other words – don’t leave the house.

Ex-partners can also prove problematic and may go to extreme crazy lengths to avenge their ex for some previous non-event — it’s best not to ask for details.

It is not common for Argentine couples to become boyfriend and girlfriend before a long period of dating. This preliminary period usually involves several months of bizarre and incomprehensible games.

Games may include anything from ‘testing’ a partner with lies to see how they react, or not calling for a few days just to see what happens.

There are two ways to deal with this sort of behavior, either develop an equally elusive counter-attack or be as straight-talking as possible. If the guy/girl runs in the opposite direction to the second approach, be thankful. If they run away from the first, they’re probably pleased their foreign lover finally ‘gets it’ and will call back begging for more in a few days, months, or years.

Flakiness and time-keeping in Argentina

Don’t expect an Argentine to turn up on time. As a general rule, never ask your date to dinner before 9.30 p.m., and if they cancel at the last minute, blame it on the common cultural excuse of them being ‘colgado’ or flaky — either that or they’re cheating.

As many Argentines have a therapist with whom to work through their ‘complexities,’ with any luck, expats dating Argentines won’t have to be too bothered by the above issues.

There is nothing taboo about going to a psychologist in Buenos Aires. According to a study by psychologist, Modesto Alonso, there are 196 therapists per 100,000 people in Argentina, more than in the U.S., and this number keeps on growing.

So, anyone who finds themselves bruised or confused by a man or woman they don’t understand, should take comfort in the fact they are in the right place to get professional help to deal with it. Just don’t expect a direct, revolutionary approach — 1950’s-style psychoanalysis remains the height of fashion.

Maybe that’s why Argentines are so obsessed with their mothers…

continued from:  The Pitfalls of Dating Argentines, Part 1: Language and Living