You are here: Home / Study / Learning Spanish: What if You Can’t Trill Your R’s?
Spread the love

If after many hours of focused practiced you can’t master rolling your ‘r’s you may be unable to do it. Some people just can’t seem to make the Spanish ‘erre’ sound no matter how hard they try.

A small number of people can’t produce the sound due to Ankyloglossia, or ‘Tongue-tie’ – a decreased mobility of the tongue because the frenulum — the tissue that connects the tongue to the floor of the mouth — is too short. Many people born with this slight congenital defect receive corrective surgery as children, but it is certainly possible to have a minor case that has gone undetected.

If you suspect you might have an undetected case of Tongue-tie or plan to live in a Spanish–speaking country long-term it may be worth visit the speech therapist to help you suss out exactly why you have difficulty trilling and to hopefully get help to master it.

Those who know Français know that the guttural French ‘R’ sound is formed by vibrating the back of the throat with the while exhaling.

A Spanish ‘rr’ uses the same concept except the tongue is vibrated on the roof of the mouth instead of vibrating the throat. Despite this, many native French speakers who learn Spanish as adults also struggle with the double Spanish ‘r’ and automatically replace it with the guttural French ‘r’ while speaking Spanish.

A reasonable alternative if you think you’ll never be able to learn the Spanish ‘rr’ is to replace it with an exaggerated French ‘r,’ as in the French word, ‘arrête’. This alternative sounds pleasant and because it does have a (guttural) trill it is a much closer approximation to the Spanish ‘rr’ than just producing a single ‘r’ sound. Additionally Argentines are famed for their Francophilia so doing your double ‘r’ French style will come off favorably.

In the end if you’ve tried your best and still can’t roll your ‘r’s perfectly, or have to do it French style, don’t let it discourage you. Most people who aren’t native speakers have an accent; you’ll still be understood. 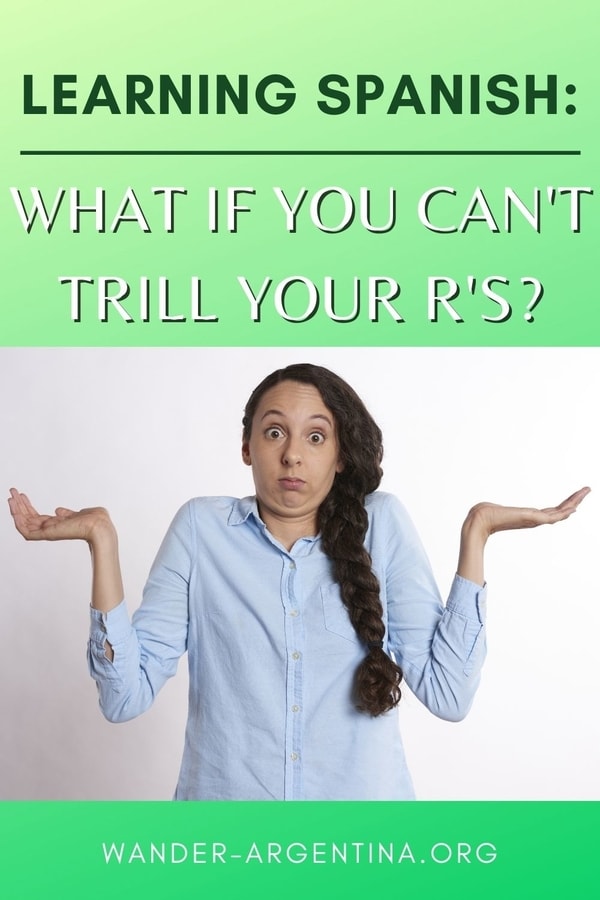