You are here: Home / Life / The Drawbacks of Dating an Expat — Part 2: Expat Bubbles & Culture Clash
Spread the love 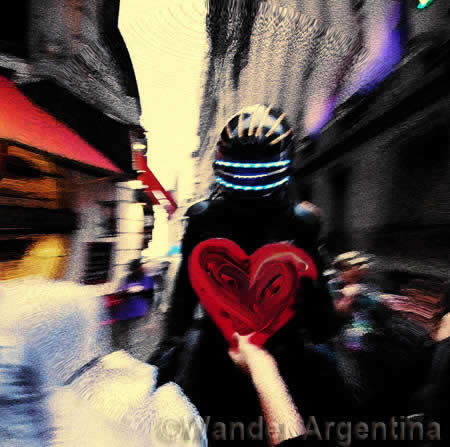 Argentines look to Europe and the United States for music, TV and fashion. Europeans and North Americans move to Argentina in search of a warmer climate, tasty meat and tango.

When the two worlds collide, both find themselves attracted to the other, and cross-cultural relationships soon blossom. But this does not necessarily lead to happily-ever-after. In continuation of Part One, there are certain culture clashes that arise when dating an expat.

Most expats prefer to hang out with their own kind than mix with the locals. Large groups of foreigners can be seen lurking in bars around Plaza Serrano drinking copious amounts of alcohol and complaining loudly about how they don’t sell shots in Argentina.

They consider themselves the epitome of cool because they are living in Buenos Aires, and experiencing ‘Argentine life.’ In reality, they don’t ever leave their Palermo bubble and their social life consists mainly of expat events and farewell parties to wave off yet another foreign friend leaving the country for good.

Those who have Argentine partners probably consider themselves ‘immersed’ in Argentine culture. Argentinean partners should expect to get asked all sorts of questions about their country by groups of excited expats and will then find that their thoughts are attributed to those of the entire country.

Most expats think they understand Argentine history just because they’ve been on an extensive city tour, and are aware of the Dirty War and thus the reason the Mothers marching around the Plaza de Mayo on Thursdays. 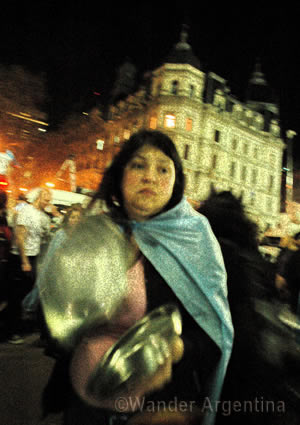 They also vaguely recall that there was an economic crisis a while ago, ‘Oh yeah, I heard about that!’ and think that people banging pots and pans on the street is a sweet cultural phenomenon.

Some expats take great pride on their knowledge of Argentina. They try to become as Argentine as possible, rejecting their own culture in favour of mate, watching soccer on Sundays and eating every conceivable part of the cow. They say ‘che boludo’ at every possible moment, consider themselves experts in Argentine slang and scorn the other type of expat who has ‘no idea about Argentina’.

Those dating the clueless expat can wow their partner by explaining basic historical facts about Argentina. Those dating the know-it-all-about-Argentina expat should prepare themselves to drink huge quantities of badly prepared mate.

Expats who moved to Argentina to dance tango, or got hooked on the dance once they arrived, are notoriously difficult to date.

Tango aficionados often try to convince others of the beauty of their sacred dance, and may drag their partners to milongas to observe as they passionately lock limbs with their dance partner. This will drive jealous types mad with rage, and bore everyone else.

Just like expats assume their Argentine counterparts dance tango, Argentines will take it for granted that their partner shares their love for The Rolling Stones, The Beatles and other rock groups from decades past. The Argentine soon becomes frustrated with their partner’s unwillingness to pay thousands of pesos to see aging rockers at Buenos Aires’ Luna Park.

Until tango-rock becomes a thing, both will have to put up with being dragged along to events that don’t interest them.

Every three months, most expats have a mini-crisis about whether they should go to Uruguay or pay the fine at immigrations in order to renew their tourist visa. While hopping over to Uruguay every three months may seem an appealing excuse for a romantic getaway at first, staying in the cheapest hostel in Colonia del Sacramento tends to lose its charm after the first four times.

The Expat Family – Dealing with Visitors

With a partner who lives thousands of miles from their family, one may think they’ve escaped meeting the parents. But date an expat for a while, and their family will inevitably come to stay. This won’t just be an awkward family lunch — it will be a two-week-long assessment of whether the parents approve of their little darling’s dating choice.

Argentinean partners will be expected to assume the role of tour guide, personal translator and local history expert and be forced to spend hours trawling round Recoleta cemetery in search of Evita’s grave. Plus, they will inevitably have to take them down to the police station when the parents get robbed and want a police report for an insurance claim on that iphone they were warned against flashing in public.

Expats often live in shared accommodation with a collection of foreigners who come and go at random intervals. This accommodation is often not ideal for sleepovers but many expats find the idea of a telo off-putting, though they are fascinated by the idea.

“I really don’t understand why foreign girls get so grossed out and reject the idea of a telo”, says a 26 year-old Argentine physicist, who dated a girl a New Zealander, who preferred to have sex in a hostel dorm room rather than a telo. “When you go to a hotel, people who were there before you were also having sex and no one complains. It’s the same! Except a telo is specifically designed for people to have sex!”

An Argentine who manages to put up with all the foibles of dating an expat and find themselves wanting to continue a relationship with their funny-talking lover, will find that just as they begin to understand them, they are stumped by the biggest problem of dating a foreigner in Argentina: sooner or later, the expat leaves.