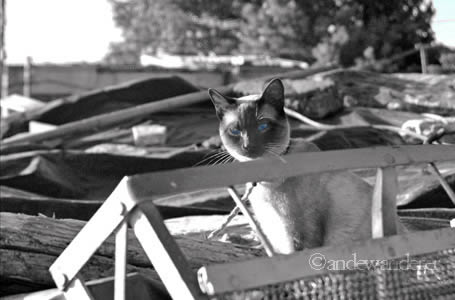 The city of Buenos Aires has formed a program to address the animal control problem with preventive mass sterilization. Mari Atúnez, long-time animal protectionist and head of the new Animal Protection Agency says they plan to sterilize 100,000 of the city’s animals annually. Currently, the city sterilizes about 6,000 animals per year. The agency will also treat diseases spread among the city’s strays and follow-up on reports of animal maltreatment.

“I believe it is aberrant to say that in order to control the population of dogs and cats we have to use euthanasia,” said Diego Santilli, Minister of the Environment and Public Space, when he announced the new program.

“To kill animals when we can do something to help them — and even improve their lives — is paradoxically, animal-like.”

His statements come shortly after a workshop including the World Society for the Protection of Animals (WSPA); SENASA, the national organization in charge of animal control, and the Argentine Association of Veterinarians concluded that euthanasia is acceptable as a ‘last resort’ measure for sick or aggressive animals.

While the Buenos Aires’ Pro government and the national Kirchner Government have been involved in their own extended cat fight for years now, on this issue both sides are happy to jump on the politically popular ‘no-kill’ bandwagon. President Cristina Kirchner’s Cabinet Chief, Aníbel Fernández, who lays out his position it this editorial (Spanish), writes, “How are we going to explain to our children that in place of taking adequate control measures — massive sterilization, certified identification, and education — we’ve opted for the most simplistic and terrible method to deal with the problem: killing?”

To volunteer to help stray animals in Buenos Aires:

-Help care for animals, walk dogs, do administrative or public relations work. This is where animals who are hit by cars, very ill or abandoned end up. You’ll see that Sarmiento is badly under-funded – currently their phone is cut off.

-British expatriate, Brian Grove dedicates his life to dogs at his refuge in the province of Buenos Aires and needs help to care for the dogs and find homes.

Be a Good Neighbor

• You can also visit your local plaza or park to see who cares for the animals to see if you can help them provide water and food, offer to be a ‘foster parent’ for a dog or cat until a home is found, and help spread the word with flyers or forum postings.

All for the Cats

Cats of The Botanical