You are here: Home / Study / Argentine Spanish: The Use of ‘Vos’
Spread the love 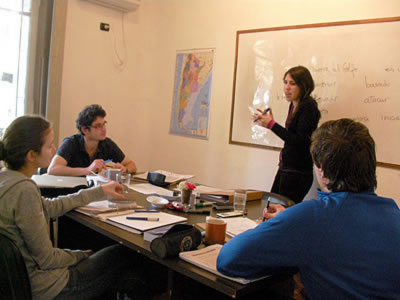 Many times people say, “You’re crazy if you decide to take Spanish lessons in Buenos Aires! Porteños, i.e., people born in this city, speak a bizarre distorted type of Spanish impossible to understand for the rest of the people on the planet.”

It’s true that the variety of Spanish spoken in the Río de la Plata — mainly Buenos Aires and Uruguay — might sound a bit weird for people who are more familiar with the dialects spoken in Mexico or Spain, but it’s just a question of getting familiar with its distinctive Italian-ish intonation and the use of voseo.

Now you may be wondering what voseo is. It is basically the use of the personal pronoun vos instead of the more widely used tú (tuteo) to refer to the second person singular ‘you.’

The Spanish language has three different alternatives to translate the English singular ‘you’ — tú, vos and usted. The way they are used and the meanings change in every country.

The story goes like this: the pronoun vos started to be used in Spain in the 4th century to show extreme respect. Actually, you could only call the emperor vos. During the following centuries, its use began to expand. The original meaning of authority slowly shifted until the 19th century when addressing someone as ‘vos’ started being almost offensive.

Later on, the use of ‘vos’ completely disappeared in Spain but some regions continued its usage in the Americas. Spain encouraged the use of ‘polite Spanish’ in their colonies. Countries such as Peru and Mexico, strong vice-royals of Spain, began to use usted and later tú. The countries where Spain had less of a stronghold continued the use of the voseo to varying degrees.

There are nine countries in Latin America that still use the voseo in some form or another, so it is useful to be familiar with it. 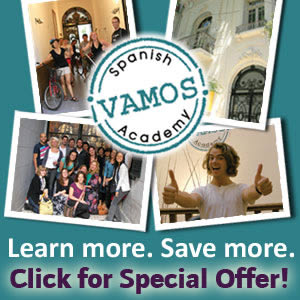 In Argentina, Uruguay and Paraguay we only use vos in informal contexts and usted in formal situations like when seeing a doctor or addressing your boss.

Only in these three countries is the use of vos standardized across the population and in the media. In some other countries of Latin America, it is only limited to some regions or social classes. In yet others, it’s even more complicated — they use vos, tú and usted to express three degrees of formality: low, medium and high. But the scene can get even more confusing: in some places like Costa Rica, usted is the predominate second person pronoun. There, even school kids call each other usted and vos is only used with family members.

If you decide to learn Spanish in Buenos Aires you don’t need to be worried about learning the voseo. The conjugations only differ from tú in two verbal tenses, the present and imperative. There is also only one irregular verb conjugation, meaning the vos form is initially easier to learn.